Lauren Branson's version of living the dream includes all of us.

In her previous career, she was a senior ecologist. Once known among colleagues as the "crazy ant lady" for her work on managing yellow crazy ants on Christmas Island, she also worked on efforts to establish a breeding program for Australia's smallest bat, the Christmas Island Pipestrelle, now considered to be extinct.

About 10 years ago she and her husband Mark moved to Newcastle and set about raising their family of four boys and a girl, settling in Tighes Hills ("We love it, it's so good.")

Then six years ago she and her cousin, Cara (their dads were identical twin brothers) established Your Food Collective. Their first delivery of a box of fresh produce, locally sourced, was on November 17, 2017. 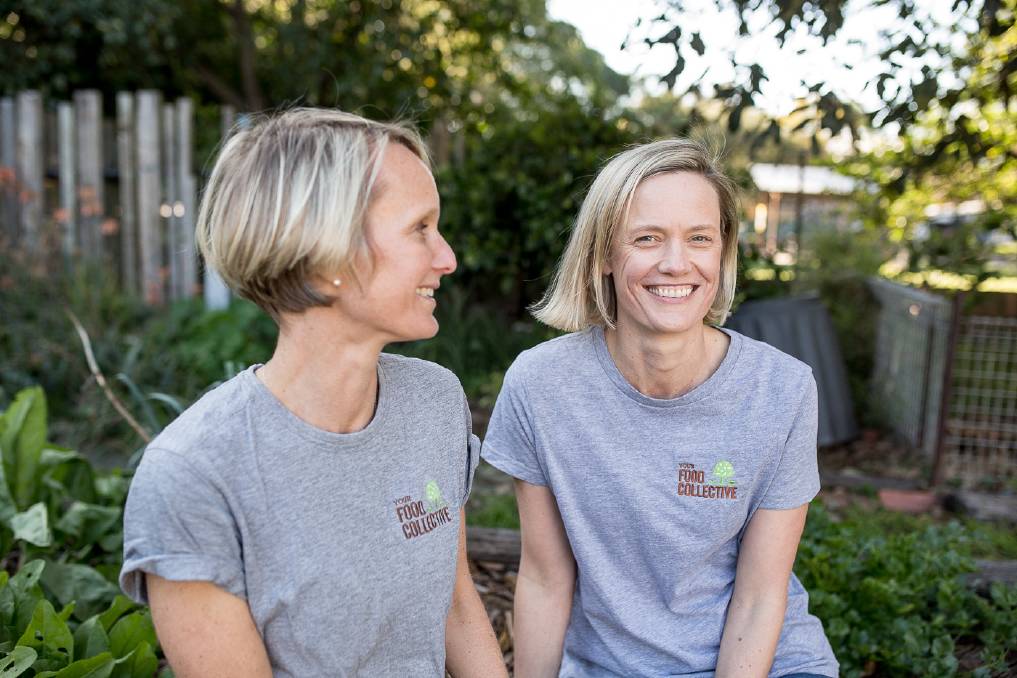 When they started, they had a handful of local growers, maybe 20. Now, they have more than 100 suppliers and deliver 400 to 500 boxes a week packed at their Tighes Hill warehouse with fresh produce, meal kits, and other goodies every week to households in Newcastle and Sydney.

Their top-selling products at the moment? Avocados and bananas. They offer more than 700 products across every fresh food category, meal kits, hampers, meat and fish, and more.

But this is not just a food distribution business. It starts with a commitment from them. Right there on the delivery box, it says: "This box contains produce grown within 250km of your front door. Take that carbon footprint!"

While customers get top quality, locally-grown produce when they order from Your Food Collective (YFC), they are also acknowledging - you could even say committing to - a company that started with the mission of doing its part for the environment.

"The conversation around food and its impact on the environment and as a vehicle for change is really coming to the fore," Branson says.

"On a global level, we are seeing food is the vehicle for driving significant social and environmental change. And if we are going to feed a global population of 9 billion people by 2050, we need to change the way we grow, consume and produce our food.

"For me, it's probably really personal as well. I think that's why we all end up on these journeys, isn't it?".

We are all shaped by our stories. Branson was at Christmas Island as part of a team when the last known Christmas Island Pipestrelles (the smallest bats in Australia) flew through the nets that were used in attempting to capture them for a breeding program. 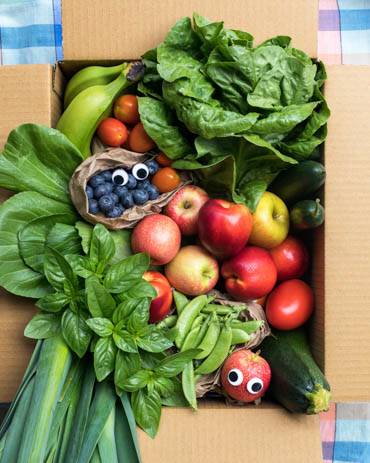 Local: 95% of YFC's produce is grown within 250km of Newcastle or Sydney.

That was the tipping point for her.

"That is not enough. It is not enough," she says of that moment. "We need to protect our environment. We're at a tipping point. No longer can we just sit there and watch things decline so far to extinction. Everyone needs to play a role in that."

While YFC looks great from the outside looking in, with smart branding, an excellent consumer interface on their website and stunningly fresh produce and products in its boxes, it is the serious business plan and execution behind it that is driving the success - and the future - of the business.

The point: run a business with minimal carbon footprint, and dare they say it, even carbon insetting, defined as a business where emissions are avoided, reduced or sequestered upstream or downstream within the company's own value chain.

"The businesses who will succeed in food have values and circulatory system built into their model," Branson says. "Some talk about carbon offsetting. We are about carbon insetting - for us, we are not looking at the end game, we are actually changing the game, so we don't have those waste outputs at the end.

"We will make it work, and have done to date."

Like, their proprietary technology software, which drives a "pick to order" system for their produce, from the farmer's field to the customer's front door, which allows them to promote a 48-hour turnaround from growing in the ground to landing on your kitchen bench. It reduces waste and carbon emissions across the supply chain.

As the conduit between grower and consumer, YFC has chosen to become an agent of change on the side of the environment.

"Every single one of us, it's consumer-led change that we need to drive," Branson says. "And I think people are beginning to understand just how powerful their food choices are. And I think we are really starting to see that shift away from a commodity-based food system to really a values-based food system that can nourish our planet and its people and heal a lot of the damage that we've seen over the past 50 to 60 years."

YFC has launched a plan to raise $1.2million to fund growth and expansion through public investment. The company, with additional funds, will open a Sydney distribution centre.

They will also expand their own "white label" product lines. They are already growing sales of meal kits, hampers and fresh meat and fish products.

In the $7 billion Australian online grocery industry, Branson figures there is plenty of space for YFC to grow.

"Our customers are values-based customers," she says. "For our customers, we want to be their one-stop shop for everything they need at the moment."

With an average year-on-year growth of 135 per cent, the company hopes to hit $5million in revenue for 2021-22 financial year.

It's not about getting rich ("we've never worked harder for less" Branson says), it's about making positive change for the environment.

This story Foodies with a mission start up business to protect environment first appeared on Newcastle Herald.