"My life's all about the community and it's all about young people. That's what I always strive for," Aunty Isabel Reid said after being nominated for the 2021 Senior Australian of the Year.

She has taken that ethos into her fight to raise awareness of the Stolen Generation - children who were forcibly removed from their homes because they were Aboriginal.

Aunty Isabel was a young girl when she was taken on her way home from school and sent to the Cootamundra Girls' Home, where she worked as a domestic servant.

The advocate lives and works in Wagga Wagga, where she focuses on helping the city's young residents shape their futures.

"I tell them the story about when I was taken away as a young girl and what happened in the homes and that I didn't get the education that I would have loved to have got," she told ACM's The Daily Advertiser "I did really want the community to know where I came from and how I got there and what I'm doing now. And that's why I talk to the children and the schools to let them know that education is so important."

This year's Senior Australian of the Year category has recognised the work being done by five Aboriginal activists and advocates in their communities and beyond.

Among those is Patricia Anderson, from the ACT, who has helped improve health outcomes for Australia's First Peoples.

Working with a wide range of organisations she has nurtured relationships between Aboriginal and non-Aboriginal Australians.

GET TO KNOW THE FINALISTS

The following biographies of the 2021 Senior of the Year finalists have been supplied by the organisers of the annual awards, the National Australia Day Council. ACM, publisher of this masthead, is media partner for the awards. This flourishing, fast-growing organisation has three offices, more than 200 paid staff, plus volunteers. Cam and her family came to Australia in 1975 as refugees. With her husband and friends - and without any funding - they founded the Vietnamese Friendly Society to provide interpreting services and information about Australia to new Vietnamese refugees.

In 1983, supported by 16 Vietnamese professional women, Cam formed the AVWA while bringing up her family and working full-time. The apolitical organisation helps Vietnamese and Victorians of all backgrounds with programs including home care, training, and counselling.

In 1995, Cam became AVWA's full-time executive director and then its CEO since 2004. Fit, healthy and active, Cam has served on numerous committees including as honorary secretary for a consortium of African organisations. Cam's dedication has helped refugees and migrants from many backgrounds to feel valued and empowered. 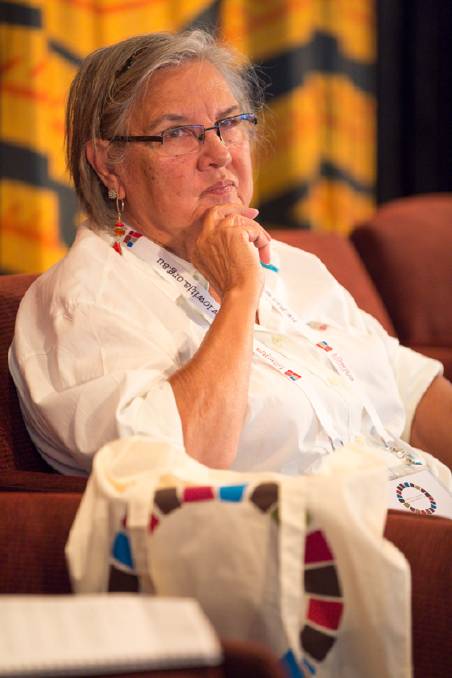 Patricia Anderson AO is an Alyawarre woman who has built a national and international reputation as a powerful advocate for the health of Australia's First Peoples. With an extensive career spanning community development, policy formation, and research ethics, Pat has dedicated her life to creating and nurturing understanding and compassion between Aboriginal and non-Aboriginal Australians.

"I tell them the story about when I was taken away as a young girl and what happened in the homes ..."

A widely-published writer, Pat has served as Chair on multiple organisations, including the National Aboriginal Community Controlled Health Organisation, Aboriginal Medical Services Alliance Northern Territory, and the Prime Minister's Referendum Council. She is the inaugural patron of the Women's Safety Services of Central Australia and has presented to the United Nations Working Group on Indigenous People.

Pat's achievements have been recognised with numerous honours, including the HRC's Human Rights Medal, a Westpac 100 Women of Influence Award, and a NAIDOC Lifetime Achievement Award. She has received an honorary doctorate and an Order of Australia for her leadership in promoting improved health and educational outcomes. Isabel Reid (NSW) - Elder and advocate for the Stolen Generation

Born in 1932, Isabel Reid is the oldest living survivor of the Stolen Generation - children who were forcibly removed from their families because they were Aboriginal. Isabel, her sister Betty and brother Jack were taken on the way home from school.

Their parents had no idea what had happened to them. Isabel and Betty were sent to the Cootamundra Domestic Training Home, becoming domestic servants with their wages paid to the NSW Government.

As an Elder of the Wiradjuri people, Isabel has worked tirelessly to raise awareness of the Stolen Generation to help prevent it from happening again.

In 2013, she was made an inaugural director of the Coota Girls Aboriginal Corporation, and in 2016, she was appointed as an inaugural member and Chairperson of the Stolen Generations Advisory Committee.

Her strong leadership was instrumental to the NSW Government offering a $74 million reparation package to those forcibly removed under the Aborigines Protection Act 1909-1969. A natural leader and outstanding public speaker, Isabel is respected and loved by all. 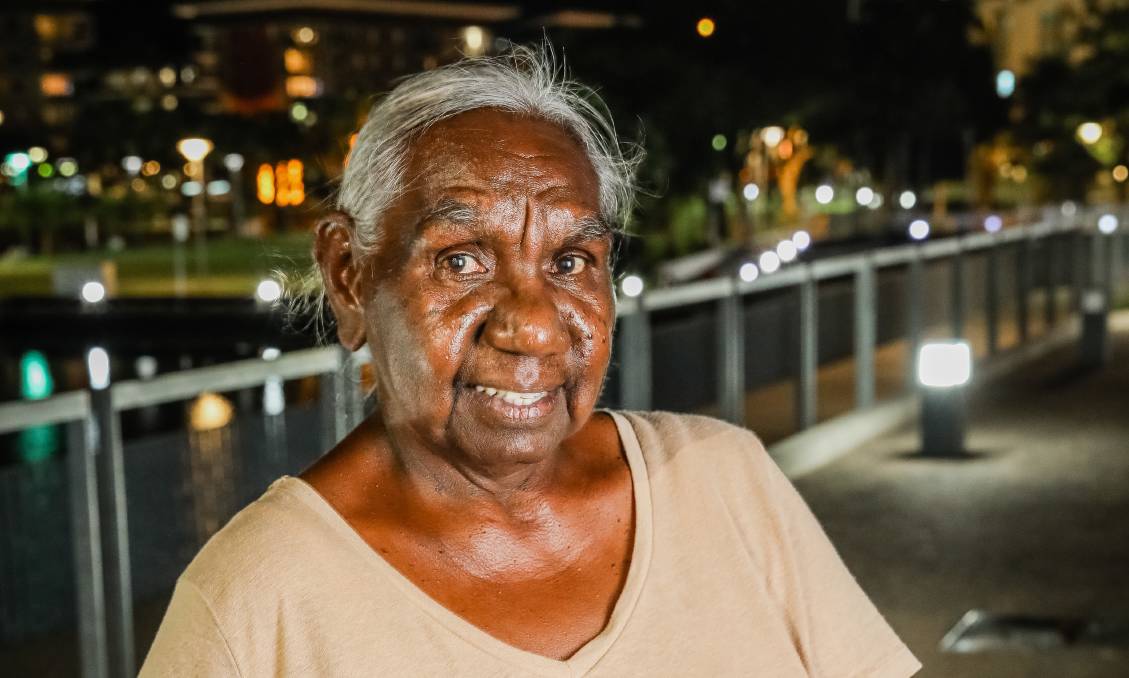 Dr Miriam-Rose Ungunmerr Baumann AM is an Aboriginal elder from Nauiyu and a renowned artist, activist, writer and public speaker. In 1975, Miriam-Rose became the Territory's first fully qualified Aboriginal teacher. As an art consultant for the Department of Education, she visited schools through the Top End, advocating for the inclusion of visual art as part of every child's education.

Miriam-Rose later became the principal of the Catholic school in her home community before being appointed to the Federal Government's advisory body, the National Indigenous Council.

In 2013, she established the Miriam Rose Foundation, to bridge the divide between Aboriginal culture and mainstream society - driving reconciliation at a grassroots level. Through her professional and creative life, Miriam-Rose has remained dedicated to maintaining the cultural independence of her people and being a spokesperson for the Aboriginal worldview.

In recognition of her leadership, she was awarded a Member of the Order of Australia medal and an Honorary PhD in Education from Charles Darwin University. Aunty McRose Elu is an advocate for Torres Strait Islands communities with her state award. Picture: supplied by australianoftheyear.org.au

Torres Strait Island Elder McRose Elu is a tireless advocate for her community. She has an unwavering vision to bring about change to better the lives of children and families.

McRose is committed to reconciliation and sharing the traditional practices of her people at local, state and federal levels. She was instrumental in negotiations to legally recognise the traditional customary adoption practices of Torres Strait Islander families, which led to the introduction of a landmark Bill to the Queensland Parliament.

Since 1980, McRose has been drawing global attention to the impact of climate change on the Torres Strait, including speaking at the UN and to business and political leaders.

As a member of the Australian Religious Response to Climate Change (ARCC), she advocates for renewable energy and sustainable methods of production. At 76 years old, Professor Richard Bruggemann is continuing to make a difference to the lives of people living with an intellectual disability.

Throughout his career, he has provided expert advice to governments on disability services, legislation, inclusion and rights.

He is a dedicated volunteer, has sat on more than 20 non-government boards and committees, and is a prolific writer on topics of concern for the disability community.

This year, he was called on by the South Australian Government to join the special taskforce investigating the tragic death of cerebral palsy sufferer Ann Marie Smith. Richard was also appointed to a new government role to assess the temporary orders to protect people living with a cognitive or mental impairment from the spread of the COVID-19 virus.

His ongoing leadership has helped create a community service system that helps people with intellectual disability and their families enjoy a better quality of life.

Brian Williams has been nominated for his work with the Scouts. Picture: supplied by australianoftheyear.org.au

Brian Williams has devoted more than 50 years to Scouts and has been a highly respected mentor to thousands of youth.

Under his leadership, the Blackmans Bay Scout Group has become one of the largest and most successful in Tasmania. Brian organised the inaugural Australian Venture in Launceston, bringing together young people from around Australia and overseas for 12 days of fun and activities.

Due to the success of this event, the state has been invited to run several additional national events. Brian is deputy chair on the committee for A Day on The Beach, a local Australia Day celebration of Australian life and culture. His efforts mean his scouts can participate in these local events, gaining valuable community engagement and life experience.

Since 1983, Brian has been on the state training team, where he has trained and nurtured more than 100 leaders in the Venturer Scout Section - ensuring the ongoing success of the organisation. 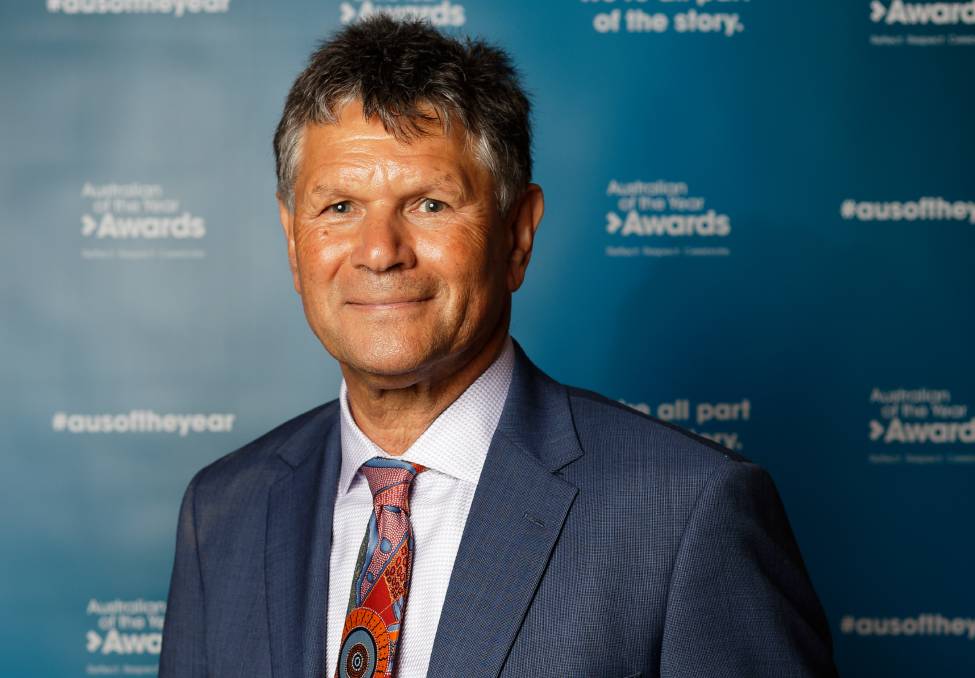 Dr Richard Walley guides people and organisations on their journey of reconciliation through cultural awareness.

A champion of Wadjuk and Noongar people, he shares his profound knowledge of language, cultural practices and historic injustices - cultivating a deeper respect and recognition of Aboriginal culture.

Richard reinvigorated the practice of the modern-day Welcome To Country in Noongar Country, a ceremony that is now commonplace across Australia. He sits on multiple committees and is a consultant to both government and corporate agencies where he is engaged to provide cultural advice for major projects.

Richard's expertise is also sought out by the private sector to provide Welcome to Country, undertake cultural awareness training and advise on Indigenous affairs.

A musician, performer and artist, Richard's designs adorn jerseys in the Indigenous rounds of sporting events. He is creatively involved with many local festivals. Richard has received many honours including an Order of Australia, Honorary Doctorate, and WA Citizen Of The Year.

This story Meet the nine Aussies who have spent their lives building for the future first appeared on The Canberra Times.