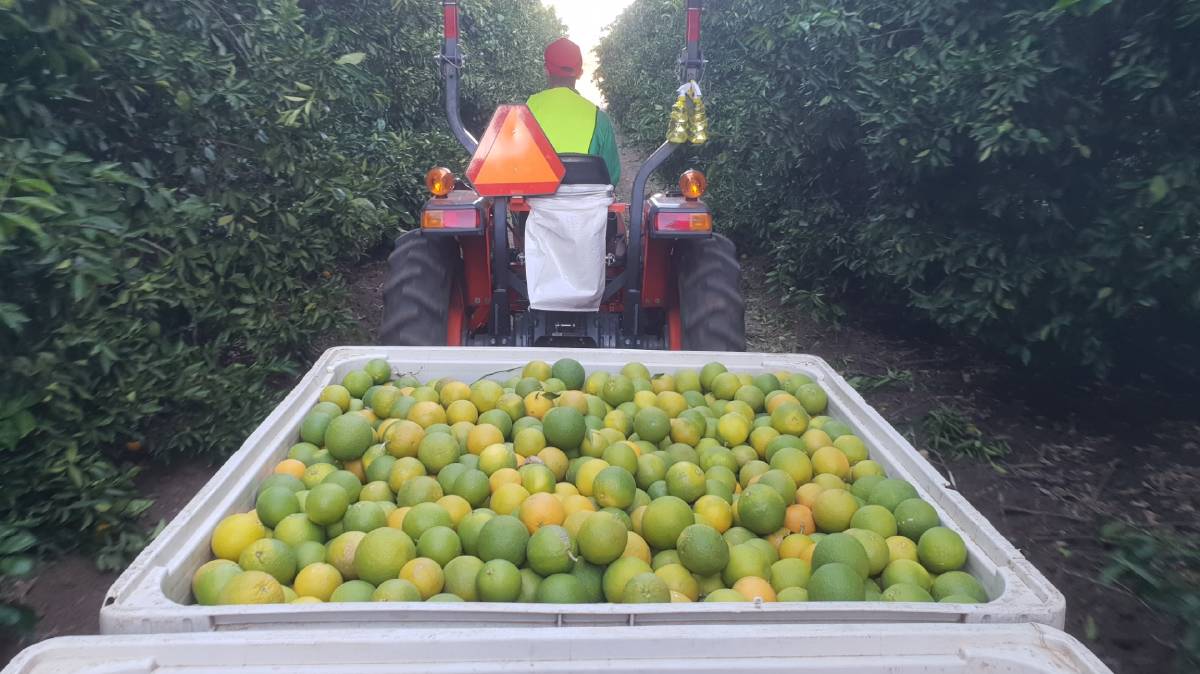 At the start of this year, if someone had told me I would spend two months picking oranges, I would have laughed in their face.

But that's exactly what I found myself doing when COVID-19 forced the suspension of a number of regional newspapers, including The Moree Champion in northern NSW, and I became one of the thousands of Australians stood down from work as a result of the coronavirus pandemic.

To be honest, there was a time that I thought I'd be immune from being directly affected by the crisis because if ever there was a time for the media to be vital, a global pandemic was certainly it.

But, as it turns out, regional media is unfortunately among the industries that has fared the worst during this crisis.

So, on April 16 I was facing two and a half months of no work and possibly no pay when I saw a post on Moree Buy Swap Sell looking for orange pickers at Vitonga's orchards just out of Moree. 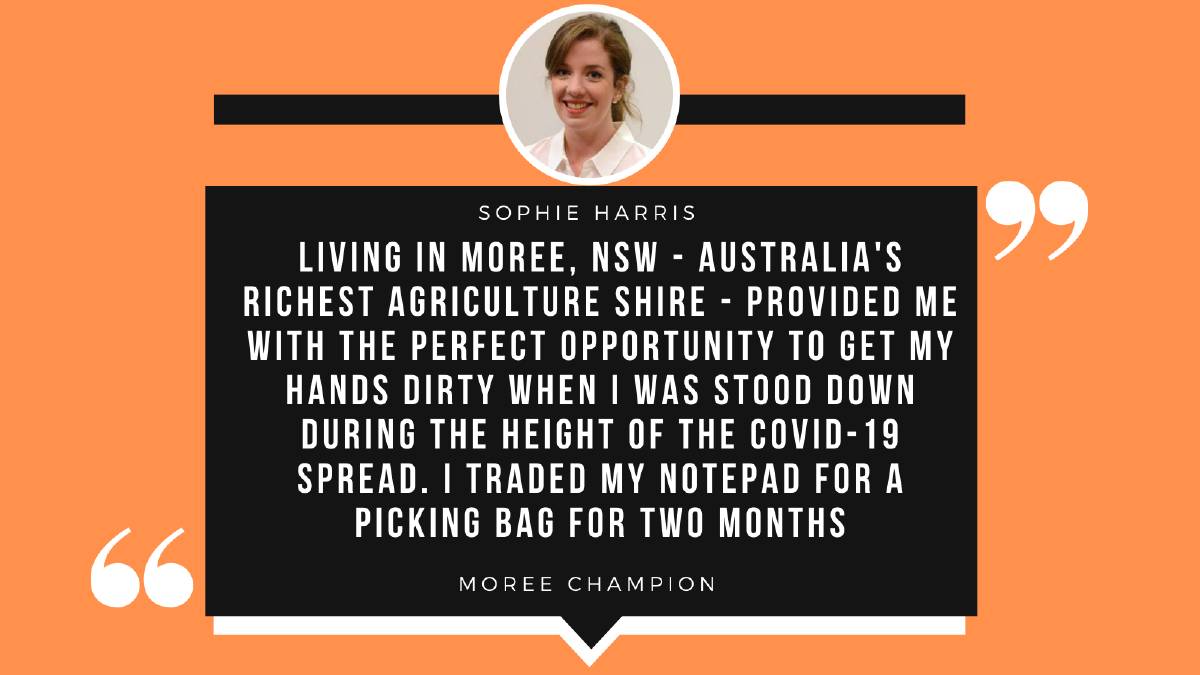 I thought orange picking might be a fun way to fill in my days and earn a bit of extra money to help pay for the wedding I'm currently planning with my fiancé Calum.

So, after two weeks of bingeing on The Walking Dead, I began orange picking at the start of May.

On the first day, we were told how much money we would earn per crate and, doing the maths in my head, I thought I'd be rolling in it by the end of these two months, thinking I'd be able to pick at least four crates a day.

How wrong I was.

As it turns out, the crates, which I imagined to be a lot smaller than they were, were big enough to hold about 450 kilograms of oranges.

Let me tell you, that is a lot of oranges, which I discovered the hard way on that first day.

It took me all day to fill just one crate.

I was so sore that night that I ended up soaking my tired muscles in a Radox bath - the first bath I've had in years.

Nightly baths would become a feature of the next two months. 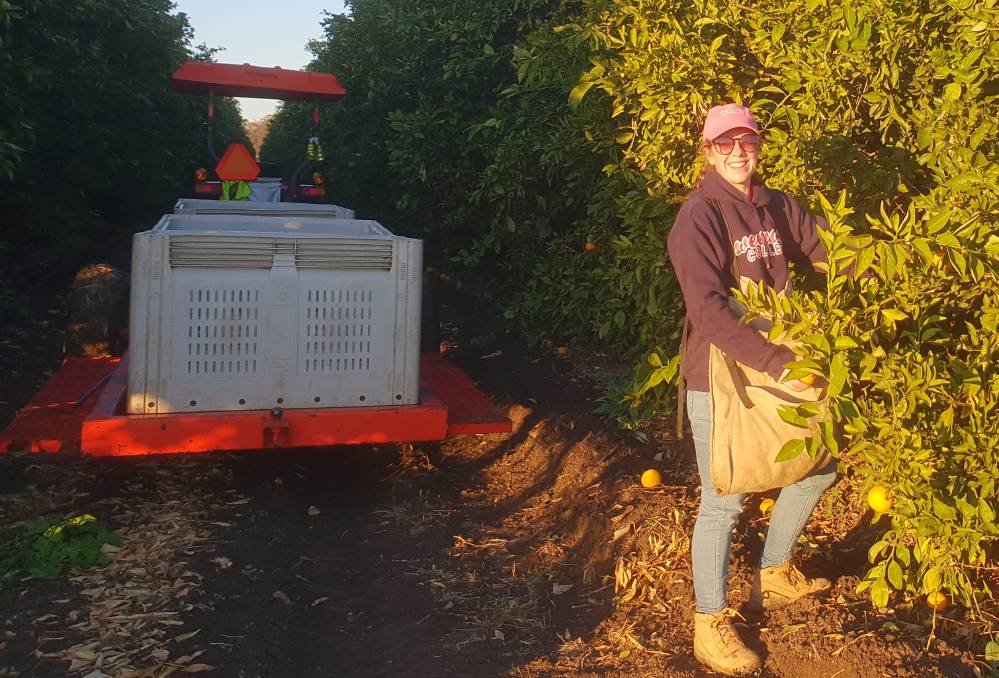 In bed after that first night, although I was exhausted, I couldn't sleep as my whole body was aching. Even though I was probably the fittest I'd ever been (partly as a result of spending a good chunk of isolation exercising pre-orange picking), I was using muscles I'd never used before. It was a different type of sore to going to the gym.

I actually didn't think I'd make it past the first three days, as I did something to my wrist on the third day and was worried I wouldn't be able to physically keep going.

Anyway, I managed to push through and eventually my body got used to the soreness and being physically active for 10 hours of the day.

I got quicker picking and by the time I finished last week, I was able to pick two and a half crates a day!

Although orange picking has been possibly the toughest, most physically demanding thing I've ever done, those two months have been a period I will look back on fondly.

After feeling unmotivated working from home prior to the Champion's shutdown, it was so nice to be able to spend my days outside in Moree's beautiful fresh air, being physical and not having to use my brain or be stressed. I could go to work, work hard and, best of all, at the end of the day I could go home and not have to think about it.

In a way, I felt like I was one of the backpackers out there - on a break, far from my usual life, with my only worry about how many crates I'd be able to pick that day.

Most of all though, the people out there helped make my time so enjoyable.

I had three picking partners during my time at Beela - Connor, Rose and Vicki - and it was a pleasure working with each of them. It was nice to meet different people, whose paths I wouldn't have normally come across. I especially enjoyed getting to know some of the backpackers, who all have such fascinating stories and interesting lives.

The whole crew out at Beela were great to work with, particularly Wayne and Damian who I need to give a massive shout-out to for the countless lifts to the toilet (time was precious out there, and I would have wasted too much of it if I walked to the toilet every time I needed to go!). An extra big thank you to Wayne for being a top boss and making my life that little bit easier out there.

Although it was a crazy few months, I feel that I am very fortunate to have had the opportunity to take a break from my normal life and do something so different. This time has been a good opportunity to take a step back and reflect. I won't ever take my 9 to 5 desk job for granted again!

And, while most people are now complaining about putting on those few extra kilos in isolation, I can happily say I've managed to lose weight! For anyone wanting to shed a few kilos, I highly recommend orange picking for weight loss!